Here at Trade Freight International we have been proud to take part in the transportation of the motorbike belonging to the world famous motorcycle legend Barry Sheene, from where it is securely stored at the Silverstone race track to the film set where it has been used during filming of the Suzuki RG500 Story by Petrol Revolt.

Barry Sheene was a world class motorcyclist, his career started in 1968 and lasted till 1984 with over 100 Grand Prix starts, 23 victories, 52 podiums and 2 World Champion Grand Prix wins under his belt he has been described by many as a legend in his field. 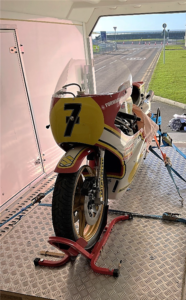 Unfortunately Barry passed away after an eight month battle with oesophagus and stomach cancer, but his legacy lives on.

In tribute to this legacy Icon F1, on of our sister companies, designed and built The Icon Sheene. A completely custom bike, from its 1400cc Suzuki engine to the hand beaten aluminium tank, this masterpiece in machinery is a one of a kind thrill ride which promises both speed and style, and boy does it deliver! 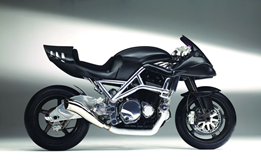 Working alongside Barry’s immediate family, close friends and over 15 of the original 1970 Team designers and engineers who worked with Barry has allowed Icon to produce a modern Sheene motorbike shaped into a work of art which truly encapsulates him. Every detail has been carefully planned to ensure optimum performance. Every nut and bolt perfectly placed to avoid any disruption to the flowing lines.

Alongside its loud turbo charged nature, small touches have been made to really lay tribute to Barry. From etchings of his famous daffy duck symbol in solid silver made by a leading Swiss watch maker to signatures of his wife Stephanie and Barry can be found on the handlebars, his racing number 7 is tucked away under its tail. 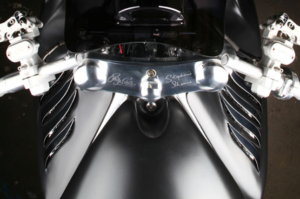 For more information on The Icon Sheene and other vehicles designed by Icon, please visit www.iconf1.com.